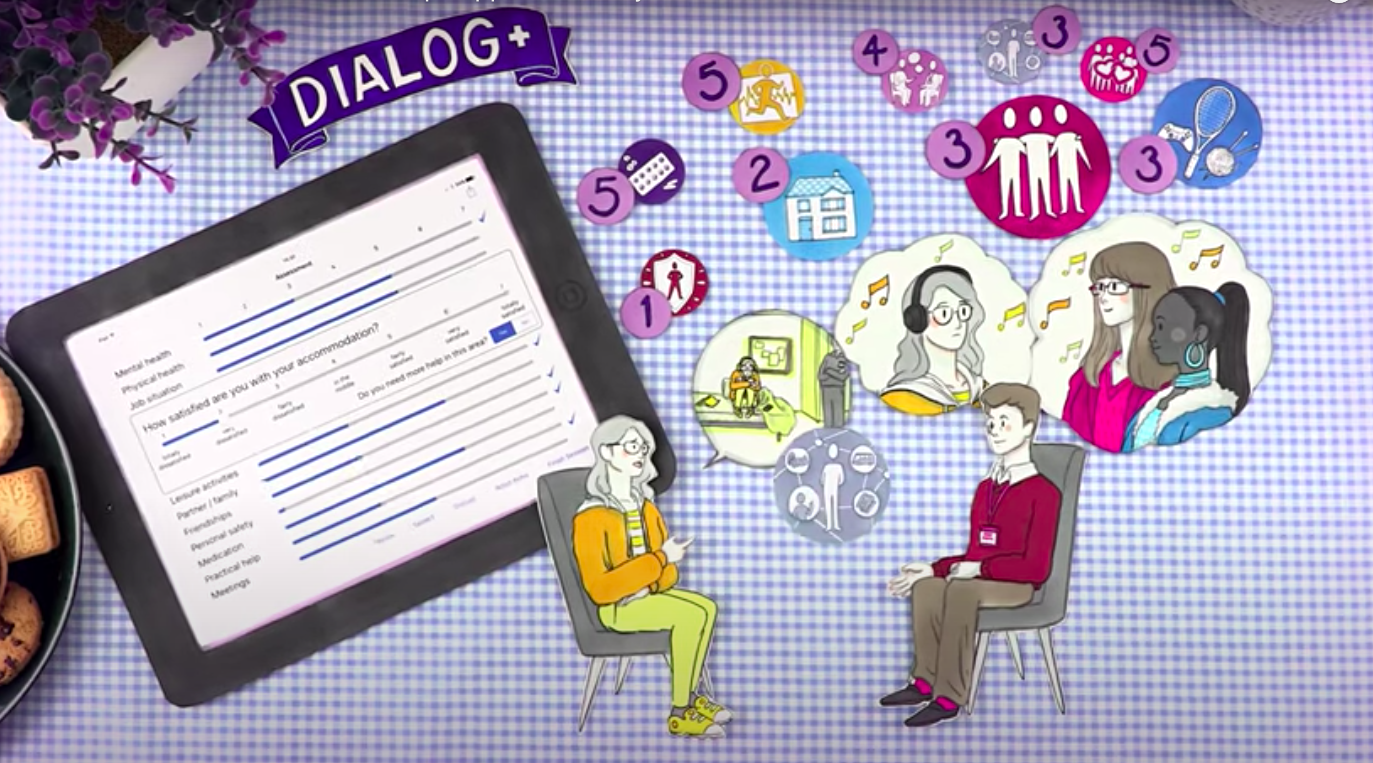 The DIALOG + an intervention designed to promote better patient-clinician interaction, brings in a structure to the conversations in routine clinical interactions. Being a part of the team piloting the tool at SCARF, it became very clear, right at the outset that tool  was actually facilitating a dialogue with the patient that would not just improve conversation , but also facilitate a solution focussed discussion.

The first participant, a 43 year old women, was someone I have occasionally met in clinical encounters. She would always complain that she had a lot to speak about – but the doctors were so busy in the OPD, that she didn’t think it was right for her to take more time. The first session with the app – actually left her feeling that she was listened to – in her own words “l feel that for the first time – I have said all that has been bothering me in terms of my functioning” And, she adds, “you have spoken to me and not my husband… that makes me feel even better”

One interesting observation with the third participant was something that I least anticipated. In the domain  related to Job situation – the participant a home maker, spontaneously stated that her action plan would be to learn to create an email  id for herself – so that she can apply for jobs. This was something that was never picked up during clinical interactions! Similarly,  a male participant who works as a tailor, who wanted to feel more energetic – reported that he could exercise and we then engaged in a discussion of what he could do to exercise. He left the session , saying that he liked the idea of exercising – an activity that he had not thought of before!

The experience of handling a gadget – the tablet in this case – is a very new experience, even for me as a clinician! While I do use the electronic medical records system for client data storage, using the tablet as a medium to communicate to the client is quite a task, especially  when the participant is not very familiar with using the electronic medium. But as I realised over the next few sessions , it was a matter of practice.

The app driven technology is very user friendly and simple. This enables the participant to be able to read and relate easily to the visual analogue scale. The use of the Tamil language has made the interaction even more suitable! There are of course, sections that will need adaptation to the Indian lifestyle and the PIECES project aims to do just that!

Overall, I feel pretty excited at using this tool – it has brought in a structure to a patient centric engagement, meaningful enough to hopefully improve on functioning.

Alongside with Dr. Padmavati’s first impressions in India,  in Pakistan Dr. Aneela Mushtaq , clinical psychologist at hospital Karwan-e-Hayaat, gives her account of the experience with the intervention so far:

Since I have started using DIALOG+, I have found this exceptional intervention, convenient for both therapist and patient; reliable, time-saving and specific in targeting the main issue which is causing distress. It helps both therapist and patient to understand problems in more depth. Before, both sides had to do a lot of paperwork during psychotherapy sessions, however ever since I have started utilising DIALOG+ in my therapy sessions, my paperwork has noticeably decreased. If I talk about my patients’ views regarding DIALOG+ – according to them it is very easy to work with the instrument, and they can easily highlight the core issue which is the main source of problems. Previously both the therapist and the patient needed to take part in four to five sessions to come to the conclusion of the main  problem, as normally either we are doing it verbally or performing some paperwork for clear understanding. Furthermore, another very effective part of the intervention is the action plan. This option helps to form smart goals for the rest of the week: patients have to achieve those goals while working on it.